Morgane：Juniper sees the impacts of blockchain in financial services as many and diverse. For example, the introduction of blockchain technology in financial settlements enables more standardisation and reduces risks of error, while providing a safe, decentralised and transparent financial environment. This is particularly applicable in the money transfer area, which has witnessed the launch of several blockchain-powered networks.

However, Juniper believes that blockchain will have the most impact in financial services through its cost-saving potential. Even though paperwork reduction will positively impact the financial sector, great savings will come from compliance and credit history with banks expected to save close to $27 billion a year by 2030 through blockchain implementation.

Juniper expects considerable savings to be realised after 2024 with the technology becoming more common after 2030.

JRJ: How do they influence the financial system?Will they change the status of present currency?What do you think the future of cryptocurrencies will be like?

Morgane：Cryptocurrencies can, to some extent, reshape the financial system in the lending space, as consumers are not forced to go to traditional banks if they need loans. This is because of the emergence of several  peer-to-peer networks based on cryptocurrencies, where lending platforms match borrowers to a network of lenders registered on a platform. In addition to P2P lending, many central banks, such as the Swedish Riksbank and Denmark’s Central Bank, are exploring whether blockchain technology can be used to create and issue DFC (Digital Fiat Currency), which would improve transparency, reduce fraud, enable instant settlement and create a universally acceptable and interoperable payment instrument. In the new IBM Blockchain World Wire system for international money transfer, a series of ‘stablecoins’ are used to process cross border payments in a much more efficient way.

JRJ：In the development of Fintech, is there any technical bottleneck difficult to break? Meanwhile, is there any limitation in practical applications?

Morgane：There are many challenges in the application of blockchain in the financial sector. Firstly, blockchain has interoperability issues insofar as it is not compatible with different systems already used by banks. This is as much a challenge of mindset as it is technology, with established business practices sometimes difficult to break down. Secondly, FIs will need to use private blockchains, which require further development, in order to meet data privacy and protection requirements. Moreover, platforms used by FIs need to be powerful enough to support multiple security protocols (eg permissioned and permissionless access) protecting the overall network from potential attacks and attributing different section accesses to different members of staff. Additionally, blockchain technology is still missing the international and national regulations needed to be widely adopted by FIs. Finally, and probably the biggest hurdle of all, blockchain technology still has scalability issues. While progress is being made to increase the number of transactions a network can support every second, with solutions such as Hyperledger Fabric or Ethereum Plasma, the technology is still far from being able to handle the large volumes of data with which FIs deal.

JRJ：Is the information stored on the blockchain safe?Will this type of decentralized storage more likely to expose people's privacy to potential risk?What are the technical solutions?

Morgane：Security in the blockchain space is very hard to define. While blockchain’s decentralisation protocols makes it harder to hackers to obtain cryptocurrency or information, it doesn’t mean that it is impossible. Hackers are currently developing creative ways to steal cryptocurrency or information. For example, in the case of smart contracts, the information stored on blockchain is subject to the strength of the code underwriting these contracts in the first place. This poses serious security threats as codes have contained flaws in the past. For example, the DAO (Decentralized Autonomous Organisation) was hacked in 2016 due to loopholes in its code. Unless operating offline, blockchain wallets are therefore facing the same security issues as non-blockchain systems. This is illustrated by the several high-profile bitcoin thefts that have been occurring for the past years, with the most recent seeing $40 million worth of bitcoin stolen from Binance following a large-scale hack in 2019.

While blockchain platforms can find solutions to these new hacks, these are mostly put in place after attacks have already occurred, on a ‘lesson learnt’ basis. To prevent these attacks in the first place, blockchain platforms need to carry out a complete risk assessment of their chains, identifying and acting on potential weak spots. 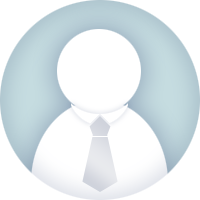